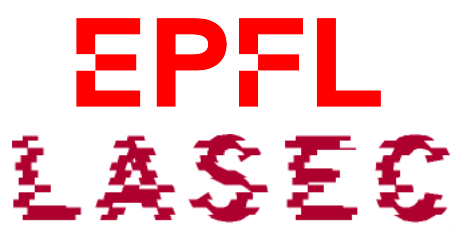 We study the design of lightweight cryptographic primitives of all kinds and their security.

We formalize and study security and privacy issues in RFID protocols. A quite related topic is the notion of distance bounding protocol that aims to mitigate man-in-the-middle attacks.

We contribute to advances in public-key cryptography by designing new algorithms.

We seek for making cryptographic schemes resilient to leakage and being composable.

We analyze the security of cryptographic primitives and protocols. Sometimes, this leads us to demonstrating insecurity.

We optimize algorithms which are used in cryptanalysis.

We develop methods to verify automatically security of protocols.

We study identification protocols over radio link for very low-cost devices. We concentrate on privacy issues and security. We yield flaws in several proposed protocols. We derive a new protocol based on key search with time-memory tradeoffs together with applications and comparisons with alternate protocols. We formalize the notion of privacy and the connection with various communication layers.

We enjoy breaking cryptographic schemes or studying ways to prove their security. So far, we played with the Chor-Rivest cryptosystem (one of the earliest cryptosystem based on knapsacks) and TLS (against which we mounted a timing attack over a network by using tools from our optimal distinguisher techniques). We also developed the decorrelation theory.

In this project we study alternate mechanisms to set up a secure communication channel, that is to establish a symmetric key. We derive and analyze a protocol to authenticate an arbitrary digital information over an insecure channel provided that we have a secure channel at disposal which can be used to authenticate a very short string. This can be used for instance to authenticate a Diffie-Hellman protocol or a public key with (only little) help of human monitoring. Main applications are for local wireless communications and peer-to-peer security. We derive and analyze variants which are non-interactive or with integrated key agreement. We construct series of 3-party protocols including a human operator who can be involved in small computations. We analyze the Bluetooth key establishment protocol and show that security could be higher than expected if properly used.